While a lot of people recommend running Kali Linux as a virtual machine (VM) via Oracle's VirtualBox or VMware's Workstation, I had a little trouble getting those set up in my environment. Instead, I opted to use Kernel-based Virtual Machine (KVM) as hypervisor. Here, I describe the steps that I took to get an image of Kali Linux up and running on a Ubuntu 20.10 box. 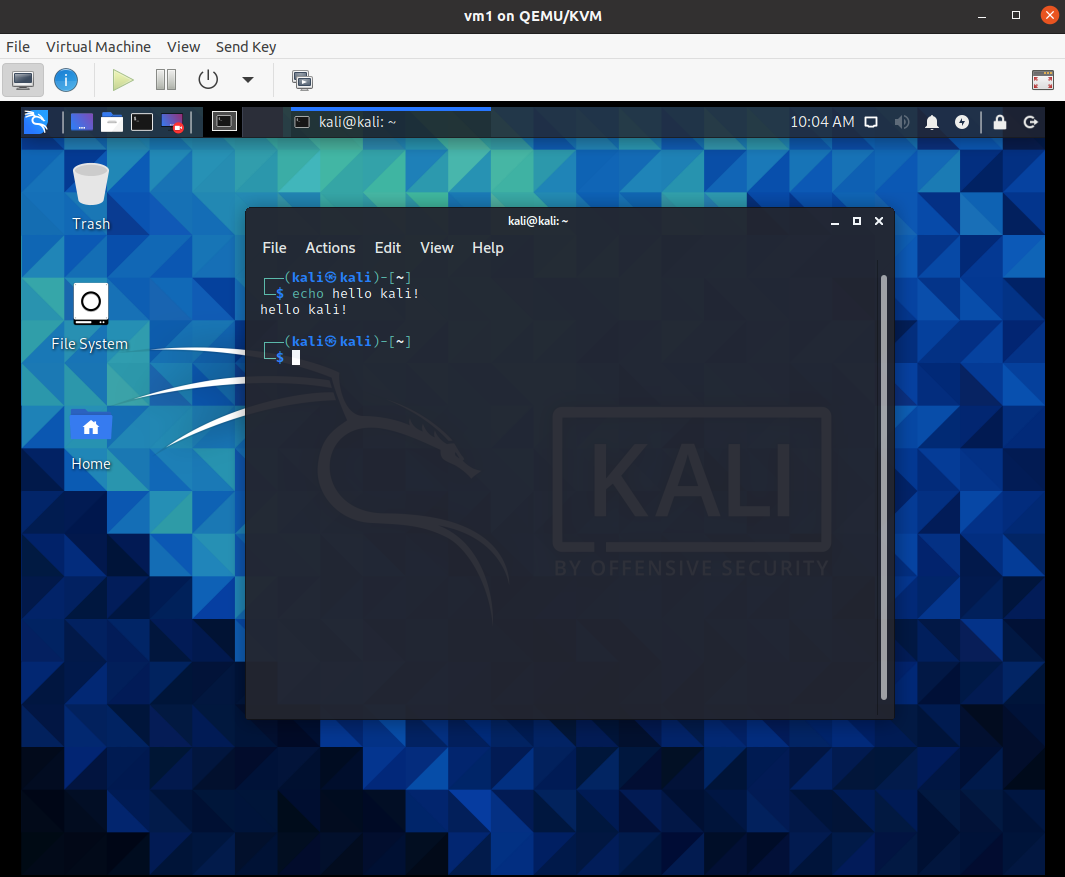 The CPU flag for AMD-V is svm, while for VT-x it is vmx. If you run sudo cat /proc/cpuinfo, it'll print out a bunch of information about your CPU (with one section for each core), and you can look in the "flags" section of that for the appropriate flag. A better way is probably to use this command that Linuxize suggests:

It will return an integer corresponding to the number of CPU cores that support virtualization. If that number is greater than 0, great! It's quite possible that you'll need to go into your BIOS to enable the virtualization, however. This shouldn't be too tricky—it'll be buried somewhere in the advanced CPU options, probably.

Download an appropriate Kali Linux image from their downloads page. I used the 64-bit Live image.

Once you've downloaded it, it's a good idea to verify that the the SHA-256 checksum is correct. Navigate to the directory where you downloaded your image (probably ~/Downloads), and run the sha256sum command on the filename (make sure that the filename is correct). You can then pipe it to a grep that looks for the exact checksum that you copy and paste from the downloads website. For example:

If the checksums match, it'll print the output. If you don't see anything, then they don't match, so try to download the file again because it may be corrupted (hopefully it's nothing more malicious than that...).

To be honest, the KVM documentation is pretty sparse, and the tutorials I've found seem not to always agree on the necessary packages to install. Nevertheless, this is what worked for me:

We can check that the libvirt daemon is running with the following command:

Add your user to the libvirt and kvm groups:

Setting up the VM

I had to run virt-manager as sudo, otherwise it wouldn't connect. I'm not sure whether there are any security implications to this; in any case, you can start the program with:

Click "Browse", then "Browse Local", and find the Kali Linux ISO that you downloaded. Uncheck the "Automatically detect from the installation media/source" checkbox; in the text box, type in "generic", and select "Generic default (generic)" from the pop-up. Click "Forward".

Now you can select the memory and CPUs to be assigned to the VM. This of course depends on your hardware, and what you'll be using the VM for. I went with 2048 MB memory and 4 CPUs for some initial testing, then clicked "Forward" again.

I left "Enable storage for this virtual machine" ticked, and a created a 20 GB disk image. Click "Forward".

After creating the VM, it should be powered up and opened in a new window on the Kali Linux boot menu. I just selected the default option of "Live (amd64)", and pressed enter. After a bit of processing, the Kali desktop should appear, and you should be good to go! 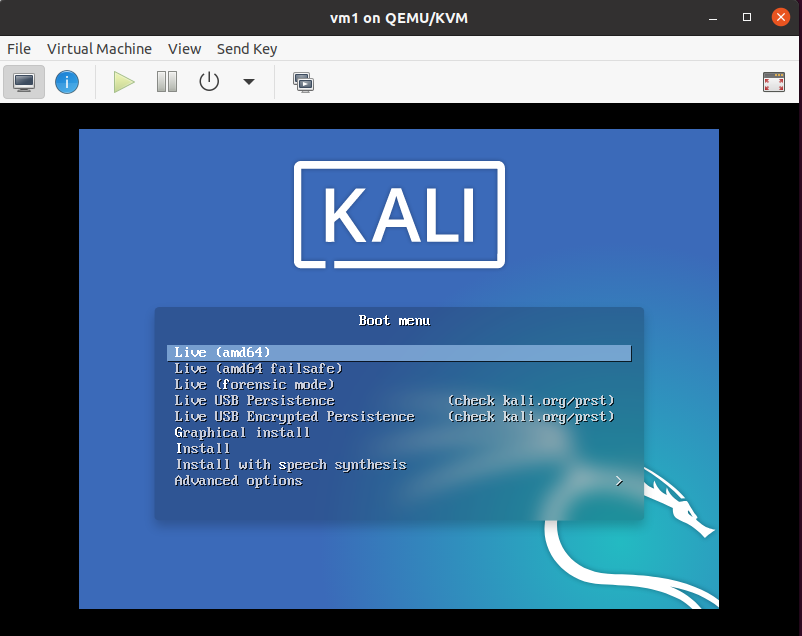 You'll probably want to close and power off the VM when not in use. To get it back up and running, click on the virtual machine in the manager software, and click the green "Play" button to power it on. Once it's running, click "Open", and it'll open up in a new window.

I learned loads from setting this up. The tutorials on Linuxize and HowToGeek were invaluable, and a lot better than what I managed to put together here, so check those out in the first instance. A few other resources are listed below:

Thanks a lot! This was very helpful!